Ep #5 Dear Mom, Your Hustle is Burning You Out

Do you always feel like you’re putting out fires?

If you’re feeling like you’re just doing enough to not lose your sh** this episode is for you.

I’m sharing how you can flow no matter what life throws your way.

WHAT YOU’LL LEARN FROM THIS EPISODE:

FEATURED ON THE SHOW:

You can do all the right things at the right time and things still turn out wrong. Let me give you a great example. My husband and I operate, a call center.

We had done a lot of prep work for this particular call center venture to make sure that all of our ducks were in a row. Now lets  fast-forward to our first major  payday where we are to pay our contractors and those that work with us, in this space.

However, everything that could have gone wrong with our bank went wrong. But these were things that we would have never anticipated because when you open up an account as a bank, you expect the people at the bank to know how to be able to use the right forms and open up the account and do things properly. Well, that’s not what had happened. What had happened was things that not go as planned. And so the funds that we received from the company that we partner with were in limbo, but we still had contractors that had to be paid today. And I’m a girl all about my money. I know I don’t want to hear no mess, from someone that I’m working with as to why their bank failed or why X, Y, and Z happened because that’s as a contractor, that’s not my concern.

You know, that I worked the shift, I worked the hours, pay me my money. So he and I, from that respective perspective, totally got that. Anyhow, that was a total surprise for us. And you know, it, it didn’t break us, but it was just a surprise because it’s like we did all the right stuff, like what happened. And when we released the, “we were right, we did everything right.” Mainly me, cause my husband’s real chill.

But when I released that, “I did everything right, I crossed my t’s, I dotted my i’s and somebody else still f’d it up.” Once I released that and was able just to flow in the blessings of what actually was happening, and it allowed us to see, “Oh, so yeah, we need to have at least this much in reserves, just in case something happens with the bank again or all, we need to have this going on and thank goodness, we didn’t get the 25 agents that we asked for.”

Because we’re not, we weren’t technically ready for 25 agents at this particular, Holy instant. It was great to start out with the five that we started out with so that we can create some sort of flow, get things together, sometimes doing the right things don’t matter. And a lot of you moms get caught up in this whole space of you created these plans and Oh my God, you want these plans to be executed exactly the way you think they should be executed. And you spend a lot of your time, energy and focus on something you can’t control trying to control it. How do you release and flow when life throws you a curve ball? I would say in somebody else who has a bit more whoo than me, because something I’m still working on. I will say this feel the feelings, just don’t stay in feeling bad.

When life throws you a curve ball, I believe that the only way to be able to release that, so you can flow is feel the feelings of the disappointment, the anger, the frustration, whatever it is in that moment that you are feeling. Feel that shit in that for a minute and then come up with a solution. I say, release those emotions around that and then begin to turn it around. Because from my experience, when you try to hold that in and go, and “yes, everything is wonderful and it’s positive and this is great. “

You set yourself up for, not really dealing with the situation at hand and how you actually feel about something. It’s like, you’re bypassing your feelings when you experienced something that sucks for you without trying to acknowledge that, that it sucked. I actually think that’s kind of like crazy. It’s like, if something sucks for me, I’m going to say it sucks for me. And then I’m going to move on.

But the first thing you want to do to be able to release that. So you can, you can have that release and flow is to feel whatever it is you’re feeling. Again, if it’s frustrated, feel frustrated for a bit roll in that, be depressed, be whatever for a little bit, just, just let it ride. Let those emotions ride. The second thing I would suggest is, get some clarity. Get clear on where it is you want to go. Remember the, the aim is to focus on the end game. I always talk about focusing on the end game, focus on the end game. Once you have felt your feelings. Now it’s time to get in beast mode and focus on the end game. That’s not always easy to do when you have a lot of distractions, and things coming your way. It’s not always easy to do when your ego wants to keep you wrapped and whirling around in how icky you feel. That’s why that one’s a really thin line, but I, I feel like it’s something that needs to be done so that you can move on to experience all the emotions.

That’s it feel the feelings get clear, get back on that end game and create the order to get there.

That’s how you release and flow and when life throws you a curve ball. You don’t try to fight it and make it work out. You go, “okay, this isn’t working out, is there a way to make this work out?” If, yes, then get it done. But if, no, then ask, “what’s my next step”, then move on from there. That’s not always easy.

, especially when it’s something that triggers you or that you’re emotionally tied into. You know, it’s really easy to say that, right? When it’s something that you really don’t care about that much, or, you know, it’s really not for you. But when it’s something that’s definitely yours and it’s kind of triggering is not as easy to release and flow. I don’t want to paint a pretty picture of, “Oh my God, every time something bad happens I like totally bounce back in five minutes everything is awesome.” I’m going to be honest. It took me two days to get unstuck from this because I, had to let go of some things around disappointing other people. And once I said, okay, but I’m not going to disappoint anybody. I had to tell myself that there’s another option, and to place my focus on that option versus on the way that I thought was going to work. I had to talk myself out of it. So release and flow. When life throws you a curve ball, feel that.

Get clear about what your end game is. Get back in your beast mode. Create some order around it. That is it. Life is always going to throw you curve balls.

This site uses Akismet to reduce spam. Learn how your comment data is processed. 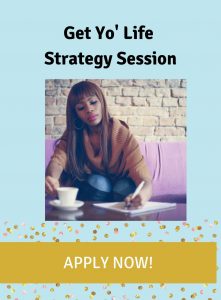 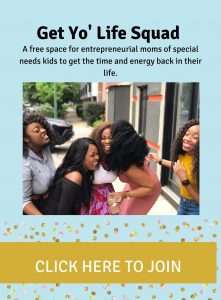 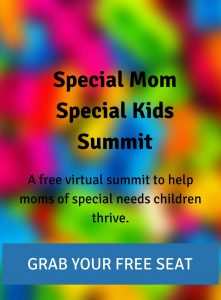 Join the Get It DoneWorkshop

5-Days to create more time & energy in your life

You have Successfully Subscribed!